Overnight the breeze freshened, and strengthened some more until the darkness was saturated with the rush of wind through the trees, the snap of the fly sheet with each gust and the pounding of the rain. It wasn’t the most peaceful night I’ve ever spent under canvas, though it had the benefit of obliterating the sound of the snorer in the tent next to me! But by breakfast time the rain had stopped leaving a bright and breezy day ahead.

I started out by rounding Lizard Point. How different it looked in the sunshine today compared to yesterday’s lashing rain! 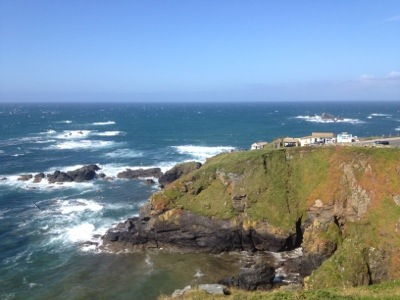 Energized by the glorious start I bounded off round Housel Bay looking forward to the day’s hike. But I hadn’t allowed for the aftermath of two days of heavy rain, or the local terrain. The first had left large parts of the path a sticky, slick mess and I realized how much harder it is to get up and down the steep narrow cliff paths with limited traction. The second meant that in between the mud weren’t normal rocks – oases of firmness on which a walker could confidently step to avoid the quagmire – but rather the Lizard peninsula’s own special serpentine. I’d been primed to appreciate this particular rock, as an interesting geological phenomenon and as an attractive material for local artisans to work into souvenirs. But no-one warned me that it is surely the slipperiest rock known to man. Even with relatively clean, dry boot soles I was apt to slip straight off if I stepped on a lump of it, and if any trace remained from one of the (numerous) muddy patches the result was a frictionless interface that put Teflon in the shade.

With much of the Lizard peninsula formed of serpentine there were plenty of rocks to slip off. The difficulty was compounded on the headlands by the strong winds, in which it was sometimes difficult to keep my balance even with a firm footing. But the lowest point came on the badly maintained paths after Kennack Sands. The Coast Path has already supplied steep paths, muddy paths, rocky paths, waist high vegetation and low overhanging branches, but not – until today – all at the same time. And not combined with a generous quantity of super-slip boulders to clamber over. 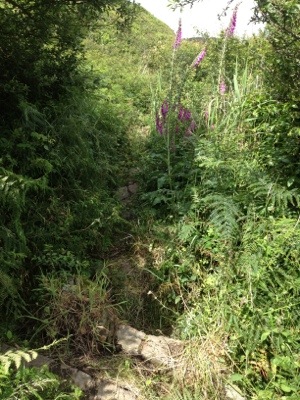 If took me three hours to cover the four and a half miles from Kennack Sands to Coverack, and by the time I had laboriously slipped and tripped my way to the village I was ready to quit walking the Coast Path and get the next train home.

But the views of the beautiful harbour cheered me up, as did the knowledge that halfway along Coverack beach lay the transition zone between the serpentine (from the Earth’s mantle) and gabbro (from the Earth’s crust). Coverack is one of the few places in the world where the ocean crust and the mantle are exposed on the Earth’s surface, making it a Site of Special Scientific Interest and a favorite destination for geology student field trips. 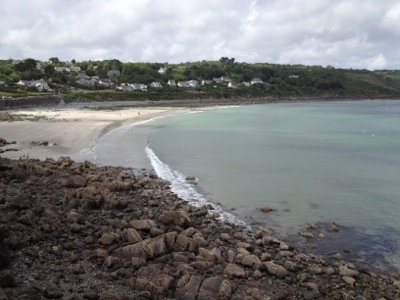 But my primary thought was that gabbro couldn’t fail to have a better grip than serpentine. I shot round the bay like a (rather tired) greyhound out of the traps, and the new rock more than lived up to my expectations. The path after Coverack was quite marshy in places but I sprang from stepping stone to stepping stone, reveling in the sure-footed security of a nice bit of basalt. I’ll sleep easier tonight knowing that’s one ordeal that’s behind me now: serpentine thankfully isn’t found anywhere else in England! 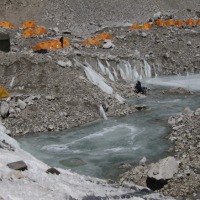 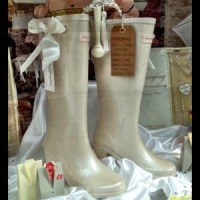 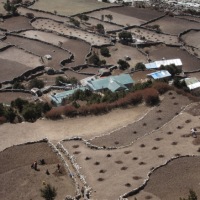 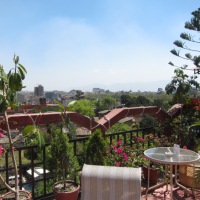 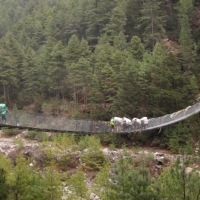 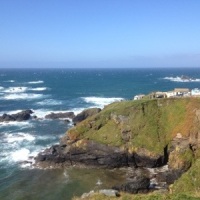 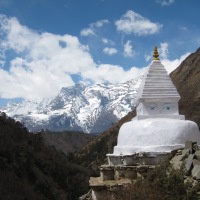 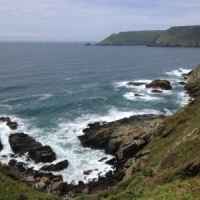 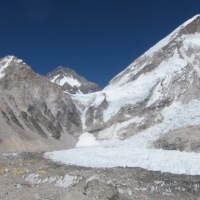 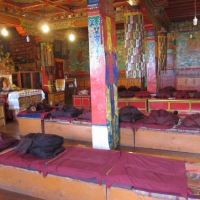